If you’ve been around the fitness scene for any amount of time, then you have undoubtedly ran into “That” guy. Or maybe you’ve even been “That” guy and where completely unaware you were breaking such unsaid rules of gym etiquette. Well let me fill you in on some Do’s and some Don’ts of the fitness realm. Most of these are common sense, but it appears that common sense isn’t so common anymore.

Gawking, yes she’s wearing super tight pants and maybe a sports bra. But for the love of all that is holy, don’t act like it’s the first time you’ve seen a female in the gym! This also goes for using the mirrors to do your creeping while you do your bicep curls. Granted some may appreciate such attention, while others maybe not so much. My advice, shoot for the latter of the two and don’t make it so obvious that you don’t even get a workout in. Plus chances are she’s there for the workout and not for the hook up scene, but if she is, then man up and ask her out! At the end of her workout that is.

Super-setting, I’ve done it and so has everyone else. But don’t be the jerk-o with towels laid across five pieces of equipment during peak gym hours. If you must superset, exercise your brain and figure out ways to work the same muscles without using a machine!

The Talker, easiest of all the “That” guys to spot, or should I say hear! This person works their jaw more than the “GTL” guy does bench pressing and bicep curling in the squat rack on a Friday night before hitting the club. Granted it’s great to tell old war stories on when you hit a PR, or to give advice to up and comers but when I’m resting more than I’m lifting because you want a social hour.. It’s time to pop the headphones in. If you’re getting the look you gave to your mom at grandma’s house on Christmas Eve because you wanted to leave to open up gifts, then you my friend are committing unsaid rule #3. If you really want to talk that bad or that much maybe you need some friends outside the gym.

Karaoke guy, this is the guy with the headphones in his ears so tight that he is unaware that everyone can hear him singing! Horrible I might add. Now most of the time this won’t be a bother to many of the seasoned gym goers, more or less entertain us why we watch and laugh or post your antics on snapchat for the rest of our friends to see. Air Drum’s guy/ Head banger guy are close friends of Karaoke guy, if you must be any of these do so with caution.

Wont rack your weights, I believe this stems from early childhood behavior. Where the mother would go behind and pick up after their child, never letting them learn the valuable lesson of picking up after themselves. Real simple, if you put a weight on a barbell put it back after you’re done! If you use a dumbbell, please put it back in its proper spot! They even label what the weight is on the end so you can easily identify where it belongs. This goes for more than just the weights, it also goes for benches and other pieces of moveable gym equipment. Pick it up, and put it back where you found it!

The know it all, yes the person who has read every article in every fitness magazine known to man and is willing to ear rape you unwillingly to regurgitate verbatim such knowledge. You should be thankful, every so thankful that you have found such a gem. This person will shave months off, on getting your bench up to 315lbs and well he knows why your squat sucks! Why, because he knows it all! Fair warning never cross streams with “The Talker” and “Know it all” you might as well just put your headphones away because you my friend just wasted a good cup of coffee as a pre-workout.  Did I mention that you’ve probably never actually seen either of these two characters train?

Spot me bro, now let me start off by saying there is nothing wrong with getting a spot. But please, don’t walk up to the squat rack throw 405lbs on, wait 10 minutes till you’ve gathered the entire attention of the people working out, then proceed to barley un-rack the bar, grunt like a pregnant gorilla giving birth whilst moving the bar to what looks to be a mere few inches only to slam it back into the rack and high five your spotter.

Naked old guy, now I can only speak from the male side of this but walking into the locker room to be confronted by someone old enough to be my grandpa naked.. is well not welcoming. Yes you might need to shower after a workout and yes you might not be in the best of shape and might possibly need to take a few seconds maybe even minutes, to catch your breath. But please do so with a towel wrapped around your waist! And if you insist on making conversation, please do so after you’re fully clothed.

So in short, remember why you’re going to the gym! To reach your goals right? Not to be “That guy” and annoy everyone. And if you haven’t sent goals yet head on over to my How to Set SMART Goals Blog and get started on them today!

Our trainers hold certifactions that are NCCA Certified. Which requires contuining education on a yearly basis to stay certified! 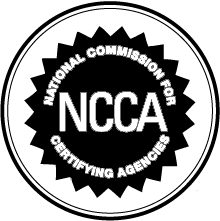